Ms X was in her element. We all know how she loves good spy stories! Taking a personalised tour back in time behind the Iron Curtain, in an authentic 1966 Traband, the status symbol for a proud communist was a perfect day. In communist Poland you would wait 10 years in order to obtain this prized possession. This family car had a plastic body, no petrol gauge, no room for baby seats or the like and had a reserve fuel tank.

The city of Nowa Huta was a gift to Krakow from Uncle Jo. There is a saying that one can’t choose one’s relatives and this was the case for Krakow. Stalin was keen to set up a satellite city that would be the envy of the rest of Krakow. Moscow poured lots of rubles into the place with a huge steel factory that had 38,000 employees working there at its peak. Pollution?? Worry about that later. The propaganda machine went into overdrive attracting rural workers and youth to settle and build this place in the 50s. Subtle reminders were everywhere in case you forgot who was in charge of this happy place (a tank outside your building just in case you decide to rise up one day) 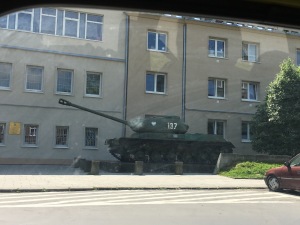 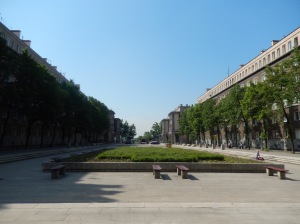 The soviets designed it on a grid not dissimilar to Paris! This wide avenue and town square was its champs de Élysées.  In the centre there once stood a huge brass statue of another relative, cousin Vladimir Lenin! It was a place where Uncle Jo wanted you to work, rest and play. Accommodation, health care and education were all provided. The quality may not have been high but you wouldn’t know any better. Ration cards might eventually be the norm as Moscow stopped the cash flow but until 1989, this was it. You just had to wait for the Solidarity Party and Lech Walesa to Di their stuff and set you free.

Morning Tea was had at the original Restaraunt on the town square where time seemed to have stood still. A great place to spy on one’s neighbours! 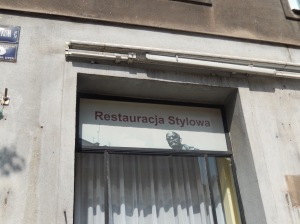 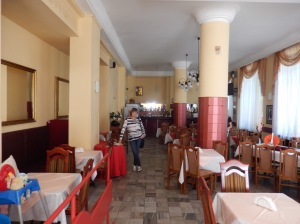 More propaganda time was had whilst visiting a communist-era apartment. Life in those days sure was amazing. 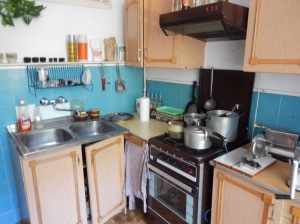 Lunch at a milk-bar, which again was a place frozen in time. Cheap, no frills canteen style food was had.

And, if your soviet style car breaks down, which they had a habit of doing,  just call on Ms X herself.

One thought on “Spying in Nowa Huta, Krakow, in a Traband”