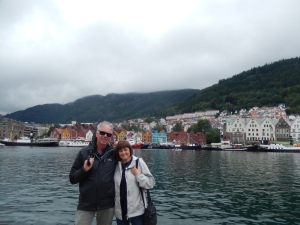 Arriving in Bergen we knew straight away that we had found Norway’s heart. From the bustling city port to the fish market, you knew that you were definitely not in a familiar European town. 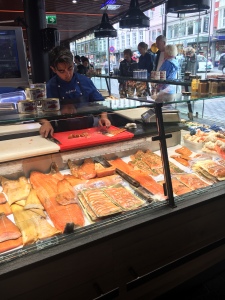 There were festivities down on the docks with a whole lot of vintage steam boats arriving. There were speeches, lots of people and even a band playing! It was all happening in downtown Bergen on a Thursday night! 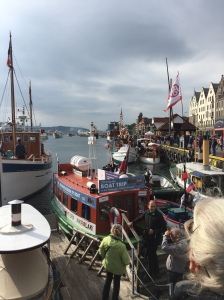 A walk around the UNESCO protected area of Bryggen, gave you an insight into life back in 1020. The rickety staircases and leaning houses had been painstakingly restored. 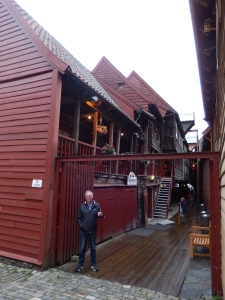 The town’s historical funicular not only provided a view of the whole town but displayed the fortitude of those old time Bergens in their construction way back then. 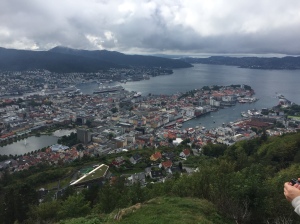 Mr X had organised a Bergen Food Tour for us which helped us understand the culture and lifestyle of the Norwegians. There’s so much history to be told through food. 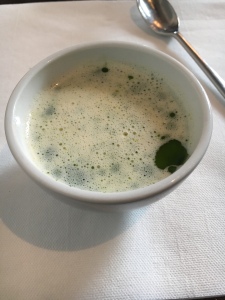 Bergen Fish Soup was interesting. Not a thick chowder and not too creamy because of the vinegar and leek oil. The old Bergens historically wasted nothing. So whilst some were making cheese from the curds,some smart cookie decided to make a cheese-like substance out of the whey, thus the brown cheese in the Brown Cheese Cheesecake. It was ok but you would have preferred not knowing the process. It was accompanied by a Norwegian cookie and plum jam. Now we know Mr X is not a dessert eater and that he only eats desserts at Lockerbie Court, Greenvale. Now we know he also eats sweets in Norway as he scoffed the lot! 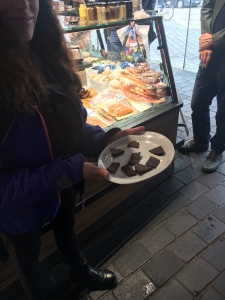 During the tour we understood why food is SO expensive here. Only 3% of the land can be farmed and then for only 3 months of the year. These Norwegians have to eat what they can when they can. So when 2 Aussies are on a food tour, they try things perhaps not eaten at home, hence reindeer and whale. No judgements please 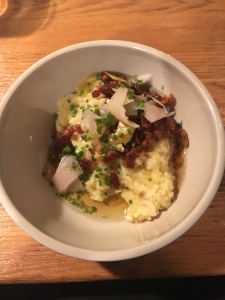 The old timers from Norway used to try and make their fishing catches last the whole week so they invented a dish called Plukkfisk. This is salted white fish mashed with buttery potatoes topped with pickled leeks, bacon and chives. At the fish market we tasted gravlax, farmed and wild salmon, hot and cold smoked salmon and rainbow trout. Mr X apparently eats salmon when only in Norway! I guess Ms X only drinks Aquavit- vodka shots when in the land of the Vikings as well. 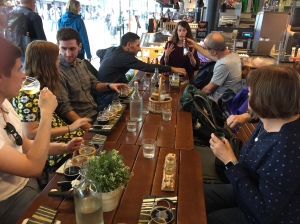 One thought on “The Best of Bergen”