TThe day was planned to Mr X’s schedule however Ms X thought a pool visit could be fitted in after breakfast…. Just a quick visit.

Lesson no. 1. Read the fine print. With no keys to the pool she returned to the condo to retrieve the said key.
Rule no. 2. Don’t assume.  Mr X is O.I.C of the keys. Ms X has other duties.   So they both now go down to the pool. ‘Have you got the key?’ ‘No I thought you had the key’
Rule no. 3. Focus on what matters most.  The pool activity became secondary as now Mr and Ms X realised they had locked themselves out of the condo!
Rule no. 4. Don’t underestimate the usefulness of a mobile phone.  ‘I’ll just ring the condo owner’said Ms X calmly, only to realise that both mobiles were in condo.
AHHHHHHHHHHHH
Thank goodness for the residents of’ Del Boca Vista’ as word quickly spread amongst those in the pool regarding our plight. The gals from Idaho clustered around us. (Some needed to put their throw over tops on!) Another guy, think Morty Seinfeld set Denis off in one direction to seek help but those gals from Idaho just invited Ms X to pull up a lounge chair and hang with them!
Rule no 5. Always remember that Americans are so helpful.
Our problem was eventually solved ( it cost us 1/2 doz cans as a thanks) and of course there was no pool time left.
It was time for whale-watching. 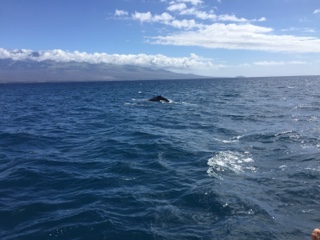 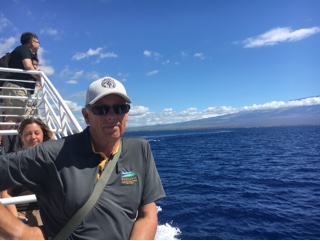 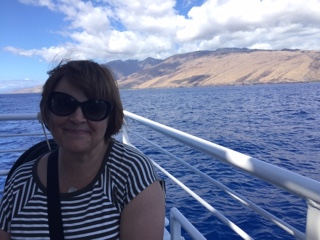 which we loved.one jumped right in front of us right out of the water which has been a highlight of the trip.
LOTS of whales to watch and lots of other passengers to watch as well. Mr X made his big statement regarding his current research. ‘all American women over 50 are unattractive’
Ms X made a really big observation that there were SO many male retirees who have pony-tails. Think Willy Nelson.

A drink at ‘Mick  Fleetwood’s Bar in Lahaine followed and no, he wasn’t there because the red flag wasn’t flying. 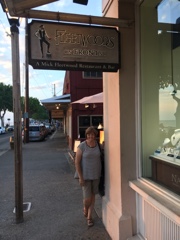 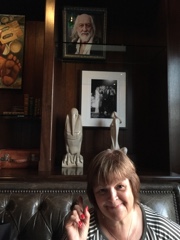