The bleary eyed travellers caught a 6am flight from Nha Trang only to arrive in Hoi An at 8.30am after having been up since 3.30 that morning. It was music to their ears when they were told their room was ready! Ahhhhhhhhhhhh. A quick cat nap and it was off exploring.

So first order of business was which pool. The free for all or 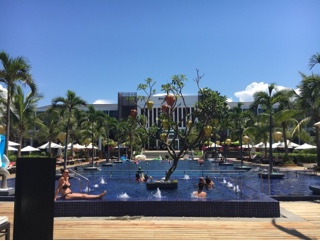 the adults only one? 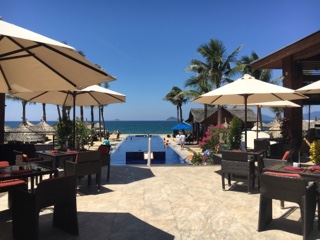 I know, a first world problem!
The Old Town quarter in Hoi An has to be visited…. 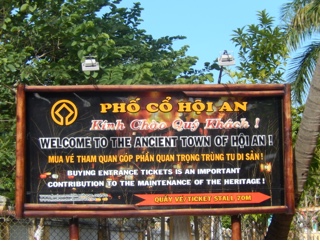 (Remember to buy your ticket to enter) 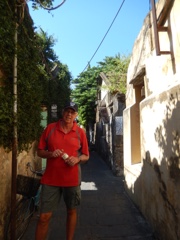 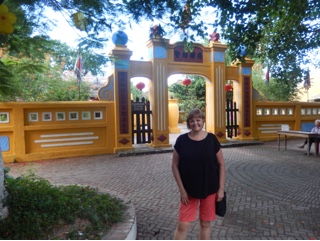 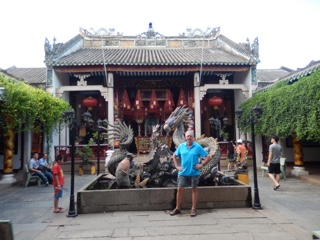 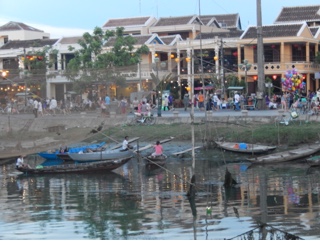 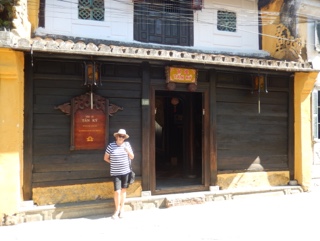 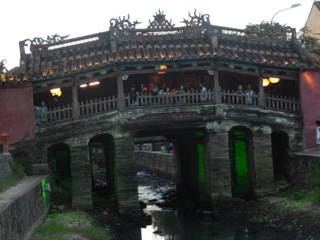 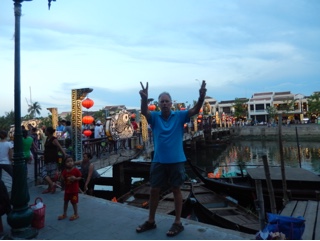 Memorable moments in our time here: 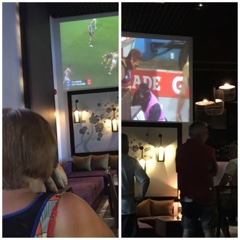 Watching AFL in the bar during HAPPY HOUR over 2 nights. Could you hear a certain Cats supporter all the way from Vietnam?? In contrast, the Pies supporter was very well behaved.
Always time for a cocktail. You gotta try a Passionfruit and watermelon sangria! 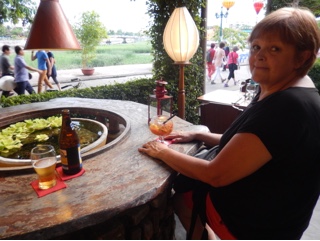 Pick up time at the local primary school. No flags, no 40kph zone and no lollipop person to be seen! 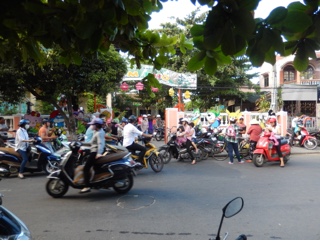 Really good boffee at our ‘ local’ 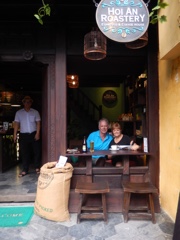 A 4 hands massage (40 fingers) for Mr and Ms X . INCREDIBLE. MAGNIFICENT. THE ULTIMATE. ” I can’t go back to coach, I can’t, I won’t!” ( there’s always a Seinfeld quote to capture a moment) Mr X unfortunately had half of his finger quota with a cold. Achoo. Oh dear. 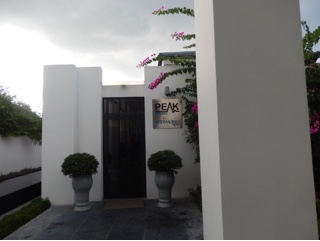 Site of the famous massage!
John and Glenda, the farmers from Penola who out shopped Ms X. Not possible? Spectacles, sandals, wallets, earrings, bags all custom made etc…..Not possible you say? It happened!
The Movie-20- questions game in the pool played by a bunch of Americans. Oh how Ms X wanted them to invite her to play. No balls, no splashing. Her perfect sort of pool game. Alas she could only watch on ‘ was it a war one?’ ‘was Brad Pitt in  it” oh how she tired of their low level questions. She knew it was ‘Seven Years in Tibet’ straight away!!
Unfortunately seeing a seniors-card holding tourist falling off her push bike and the wonderful Vietnamese locals who came to her aid. Heartwarming. Ms X was heard to say that that confirms why she ‘goes by walk’ and not by bike.
Being woken one morning with music and PA announcements at 6am. It was nothing to do with the hotel. It was a government led fun run, walk and festival at sunrise.  Guess what? Yep, they were all back that evening. Was it nice music? It was loud and Simon Cowell would not have given them a YES! Who do you complain to when it’s the government. You don’t complain!

Now Ms X had taken the reference to Angela Merkel in Ho Chi Minh City and her good self as politely as is possible but Mr X was taken aback by a name he was playfully given. He was trying on t-shirts and the shopkeeper told him his name was Buddah! Well that went down like a lead balloon. Be careful of that weinerbroad Mr X!

3 thoughts on “Buddha and 40 fingers in Hoi An”