As they continued the journey south towards the next port of call, Ms X and Mr X had fun channeling their Spanish favourites. 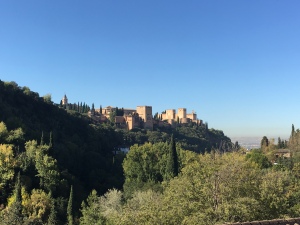 Javier and Penelope, Julio and Enrique, Rafa and Seve were all there at the top of their list. Ms X has also added 2 to her list- Fernando and Isabella who conquered those Moops, (Seinfeld language for Moors!) in 1492. She’s only just discovered them but Isabella no doubt will prove to be one of her favourites alongside Queen Sissy of the Hapsburg dynasty in Austria. Old Isabella was the brains behind the Granada takeover bid in the 15th century.

Driving into Granada is an experience of its own and Mr X has named it as one of his highlights so far. Driving through the Sierra Nevada mountain range and being able to get off the beaten track provided the travellers with an appreciation of ‘outback Spain’.

Once in Granada, all roads lead to the ALHAMBRA, the original Moorish castle and fortress that still overlooks the city. 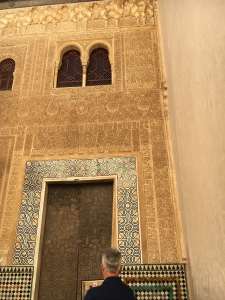 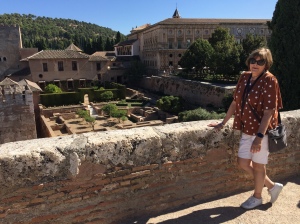 The Alhambra also boasts the fact that it was the last bastion of the Moops in Spain, as the Catholic Monarchs, King Ferdinand and Queen Isabella joined forces in marital bliss and then took over the Alhambra and the city of Granada as their own. 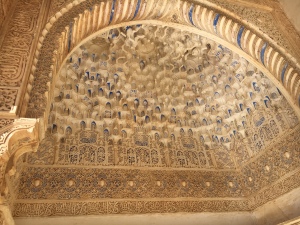 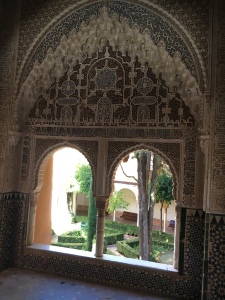 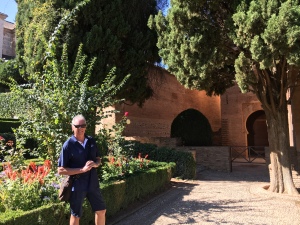 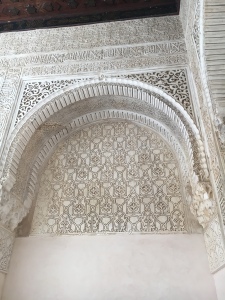 One of the favourite stories from the Alhambra pre- Christian takeover times, tells of the sultan who locked up his 3 stunning daughters in one of the towers as he had a prophecy told to him of them playing up in the future. Three Christian knights however courted them through the windows and one evening they all escaped. However, the younger one was a goody two-shoes and she returned, and alas eventually died alone in the tower. You have to love that story. Lots of holes in it however when you look at the tower and the guards’ tower next door!

The Christian touches at the Alhambra are evident, however it is the Muslim architecture and amazing infrastructure that blows your mind. They way in which they got the water moving and that lions’ fountain is beyond belief. Photos can’t really capture the intricacies of the palatial building or the magnificence of its gardens and surrounds.

Another great spot to visit whilst in Granada is up in the hills in Sacromonte, the area in which the Jews and the gypsies were forced to flee back in the 15th century. It is where the gypsy caves are today and where many Flamenco caves and nightclubs can be found. 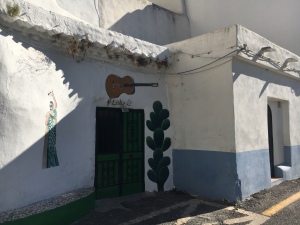 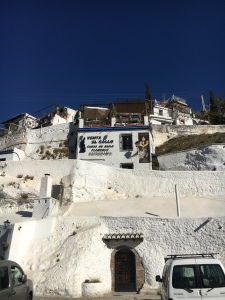 Flamenco is all about the passion and the stomping and the castanets and the swooshing of the dresses and the sweat. Mr and Ms X got all of that in the show they watched! 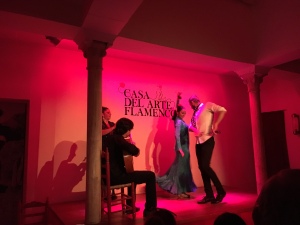 Not quite sure what the singer was singing however she gave it everything she had as she looked constipated the whole time. Dancing – senor was very sweaty by the end and the dancing-Senorita had problems when her earring fell off however her recovery was excellent. Ms X did prefer her black gown that she wore in the first dance however when she flicked it up, her spanx were showing! Not that she needed to wear them. The star of the show was Jose Feliciano himself on the guitar. He was amazing. Remember also that you can also find some Flamenco on the street. 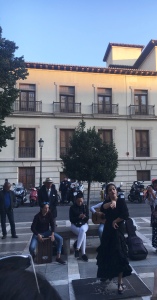 With all this hectic pace, these 2 retirees needed some down-time and what better way to spend it than a session at the Hammam Al Ándalus. No interior shots (not allowed)🤫and lotsa rules however it was just perfect. A couple of hours of bliss. Ahhhhhhhh. 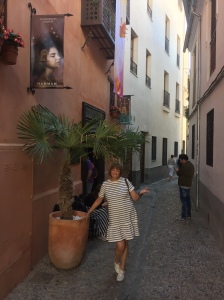 So as the night descends on the Alhambra for the final time for these two, it’s muchus gracious Granada. 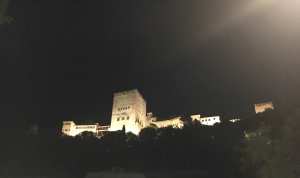 A grande time was had!

One thought on “Flamenco, gypsies and the “Moops” in Granada.”