“You’ve gotta go to Ronda” was what Mr and Ms X had heard over many years. First said by Ms C when she led tour groups through Spain when guiding. Next by friends, Mr K and Ms M and then by our other daughter, Ms A and partner Mr A.

Bosnia might have its famous bridge in Mostar from where many daredevils jump, however Ronda does hold the award for the most spectacular. It’s where and how the bridge was built that takes you by surprise.Built across a huge gash in the rocks/ gorge is this structure that has stood for many a year. It’s pretty, pretty, pretty amazing. From all angles, you are left wondering how this amazing feat was achieved.

Below this gorge are farms and many hidey-holes where bandits, outlaws and rebels conducted their lawless business. 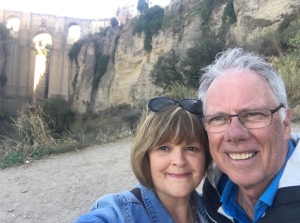 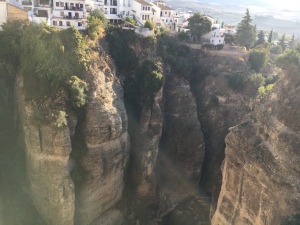 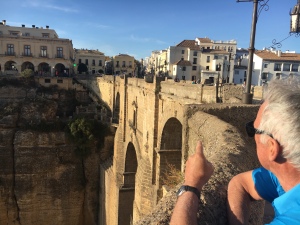 Word of warning: make sure you go ‘bridge-sightseeing’ before the tourist buses arrive around lunchtime. There are many day tours from neighbouring cities who arrive with selfie-sticks and without their manners!

Ronda is also known for its bullring as it’s one of the oldest. Now Ms X was NOT going to watch any bullfight to see a bull get slaughtered. She did think however that she needed to understand why and how all this happens to try and form a more informed opinion. She did. And her position has not changed. 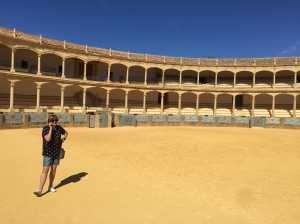 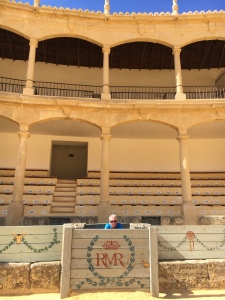 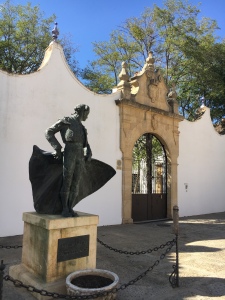 Time for some traditions to end. Times have changed and this is one tradition that never should have got started in the first place! It was kinda nice to retire to the nearby rooftop bar to discuss all the cons in this debate. 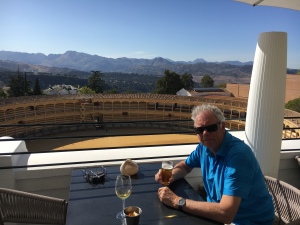 So, if the reader of this post is considering a trip to Spain, it would be remiss of them not to head to Ronda. You’ve been told!