We were excited to be leaving Brighton and so hastily paid our parking ticket and then spent 15 minutes searching for the car. We had taken a photo with our iPhone of its location. It was in Car Park 2A. 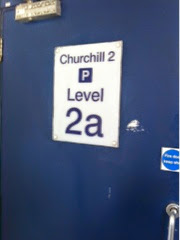 Mr X decided to take pity on Ms X by allowing her to rest whilst he went up to the next level to search for the missing car.

Unbeknown to Mr X, a security guard had been watching Ms X in the car park on CCTV and came up to her offering her help as he said he thought she looked worried. Ms X was looking worried as the security guard looked very, very creepy. Think serial killer creepy. He was however wearing the universal flouro jacket. Security man said “Come and I will show you through this secret door where your car is”. Ms X was torn. She did want to find the car but she thought she was going to end up like Harrison Ford’s missing wife in ‘Frantic’ or Liam Neeson’s daughter in ‘Taken’. She did follow creepy guard, constantly telling him her husband was nigh.
Meanwhile, Mr X asked a different security guard for directions and was ushered through a different door in a different car park. It was here that he discovered the missing VW Golf. Quickly jumping in he made his way down to Ms X’s level, assuming that she would be there. However, this was not the case.
He therefore made his way to the car park exit gate, inserted his prepaid ticket and found that it had expired due to the time it had taken to locate the damn car. He of course had cars queued up behind him who he politely asked to reverse whilst he again ran to the ticket machine to insert additional ££’s.
Racing back to the car, he exited the car park, parked in the street and began to bello Ms X’s name at the top of his voice. Many heads appeared over the car park levels, but alas, none of them were Ms X’s.
Ms X was still worried about creepy man.
Mr X’s Next plan: obviously return to the car park and cruise all the floors in another attempt to locate Ms X.
Mr X had to exit and pay another £3!
Ms X always did what she was told and she had been told to wait there and that is what she did.
At some point, Ms X did ring Mr X to tell him she had found the car however Mr X had replied “That’s impossible cos I’m in it”. Ms X  then hung up quickly (she was using her work phone) and waited and waited and waited……
Mr X was having trouble replying on his phone (what’s new?) so she was getting madder that he didn’t send her an update. Another 30 mins went by until Ms X caved in and called him again, this time being told to come out onto the street where Mr X was parked.
Once reunited there was not a lot of friendly banter in the car as both believed they were in the right. All they they could agree on was getting out of Brighton quick smart and never to return.
They drove and drove as of course tonight was a “winging it night” with several accommodation places saying that there was no rooms left. Feeling a little like Mary and Joseph, they eventually found a place in Worthing- another seaside town. 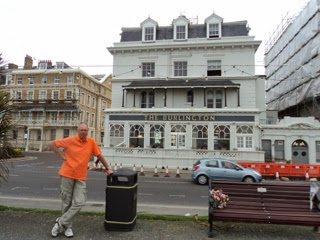 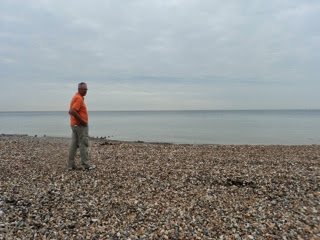 Worthing proved to be quite worthy to settle for the night.