Our early arrival in Bath presented a problem. What to do with the car? Mr P directed us to our hotel, the Royal Crescent at No. 16, however Ms X was very dubious as there was not one bit of signage. 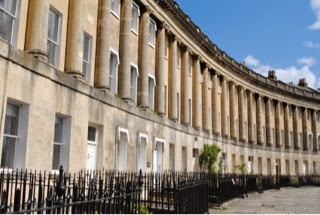 With the rest of the touring party shoving her out of the car to go and investigate (after all, it was she who had booked the place) how pleasantly surprised we were to have concierge and concierge’s friend almost drag us out of the vehicle together with our luggage so they could provide valet parking….how we were all loving Bath already.
Off to the Roman Baths (no such luck today for us heritage gold pass owners). We all marvelled at the building prowress of those Romans. We all marvelled how modern the building looked even by today’s standards. 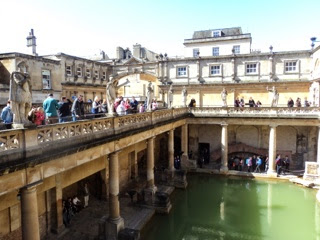 And let’s not forget the things they got up to in those baths according, to Bill Bryson. 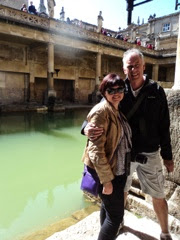 We also commented on how everyone showed great respect at this site, which is often not the case. 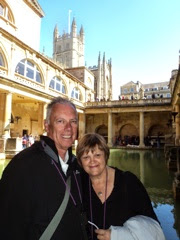 A drive to Bristol airport to temporarily farewell Ms C and Mr P, before returning to the Royal Crescent where: 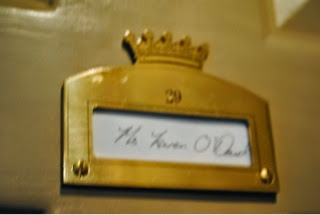 we were able to find our room as it had our name on the door (nice touch). 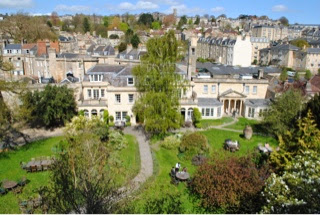 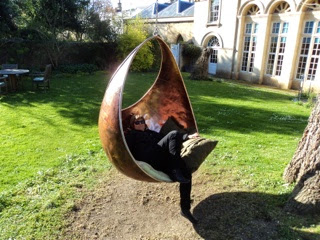 After which we enjoyed a wine whilst relaxing and reading our books in their magnificent one-acre English garden, before 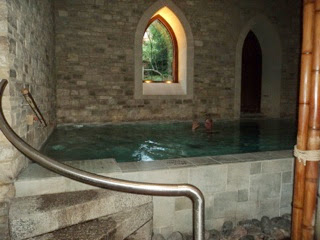 having a nightime swim and spa after 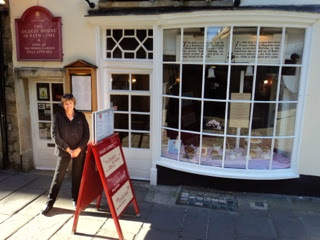 enjoying dinner at Sally Lund’s 300 year old restaurant where we of course consumed a Bath Bun.
There were so many things to love about Bath and their sophisticated residents.
P.S. Ms X forgot to mention the other Bath highlight- a cuppa with Mr Darcy (the last time Mr X has the responsibility of capturing such an important moment!) 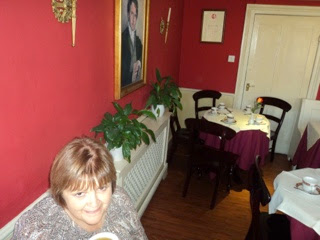 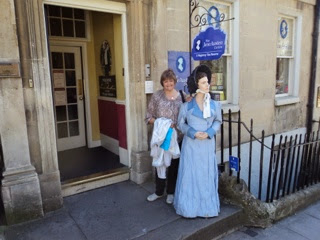