Ms C just messaged and asked what Wales was like. How to describe it and try to sum it up is difficult, as it is many things. Given that we had only had a short time there it can only be based on these brief observations:

At first it’s hard to realise that you are in another ‘country’ as the countryside looks similar and there are no WELCOME TO WALES signs. The changes are more subtle. The signs start to have two languages and the roads are getting wider. 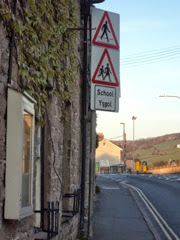 There’s a different language being spoken in the pubs, especially up north and you feel everyone sounds like Catherine Zeta-Jones or Sir Tom Jones. You start playing ” name a Welsh person” in the car but sadly run out and have to resort to Google for help, only then marvelling ” Gee, didn’t know they were Welsh”. It’s like they are keeping things secret.
You then have questions about their history. Again Google and Lonely Planet are your advisors however with lots of questions still unanswered. 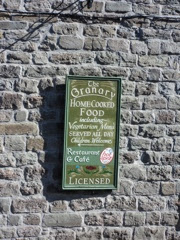 You know you are not in Cornwall or Devon as there is no talk about DOGS being welcomed into shops and pubs-
Hey, the Welsh have signs to tell you whether they are welcoming children!

There’s BIG seagulls…… And we mean BIG. We’d like to see Andrew Dimetriou and the MCC officials keeping these things off the ‘G’ 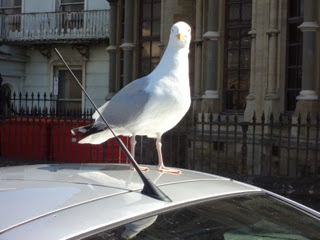 There’s lovely little seaside towns like Aberystwyth, who call themselves the ‘ Brighton’ of Wales.
We wanted to shout out and tell them, “hey, you aren’t Brighton! You are lovely” You even have sand. 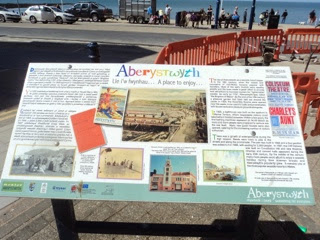 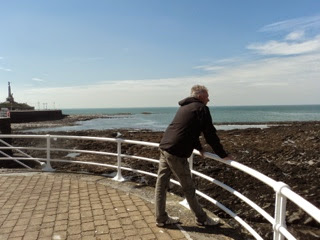 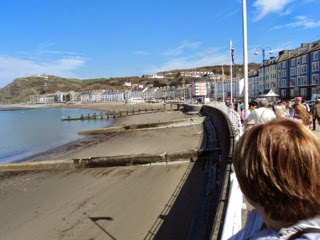 And then there is “Escape to the Country” surroundings where time seems irrelevant. 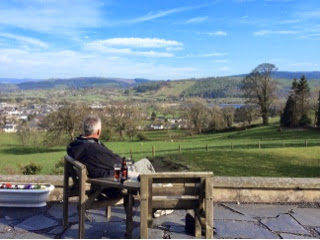 Where one can sit and contemplate life….. 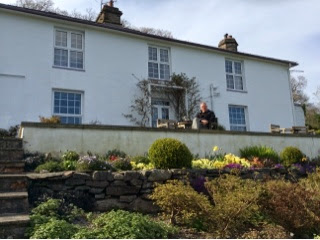 And where, in Bala, the most action was watching mum and the kids get ready for bed…just lovely. 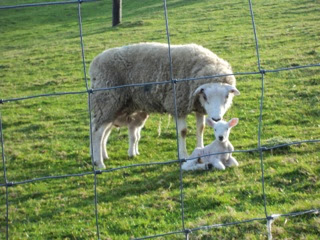 You notice that the hedges along side of the roads are missing and that the place is incredibly GREEN and as an Aussie, you are not used to that.

You get served Welsh cakes by your hosts and Welsh cawl at the pub. 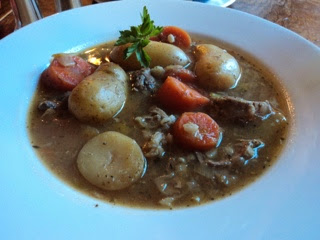 You stay in different places and get extremes of personalities as hosts: the wonderful Annabelle in Hay on Wye who looks, acts and sounds like Daisy from ‘Keeping up Appearances’ to Veronica in Bala who serves you fresh raspberries and blueberries and fancy butter. 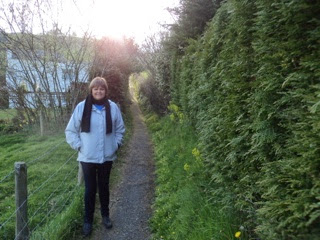 You get treated to insider information like the shortcut to the pub that only the locals know about….shhh 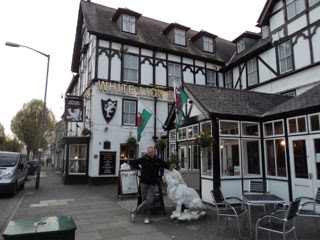 So thank you Wales- you were wonderful.

One thought on “Wonderful Wales”