Before leaving lovely Perth and heading further north, we made our way to Scone Palace (pronounced skoon)

Mr X showed our Aussie seniors cards that one can purchase when 55…..they are always hit and miss as far as their acceptance rate in Aus but over here….. not a problem. The only problem was the man at the ticket box apologised profusely for not enquiring earlier if I had a seniors as he said he was flabbergasted. Would never have believed I was that old as I looked like a wee bairn!  Mr X on the other hand he believed 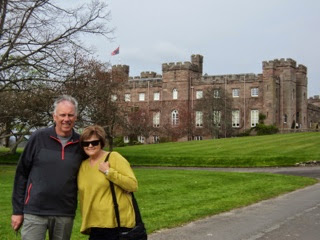 Not a bad place to hold this year’s Christmas celebrations.
On to Skoon where we discovered that Lord Mansfield and his clan held ownership of this place. Now Ms X’s cousin is into the family tree and not sure he is aware of the claims that we all may have on this place…..or is he keeping this a family secret? 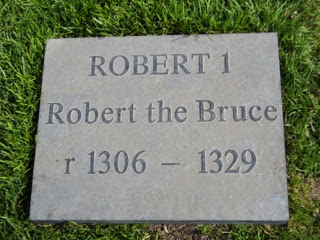 Mr X looking for his skoon rock for his collection. 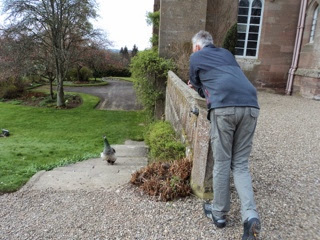 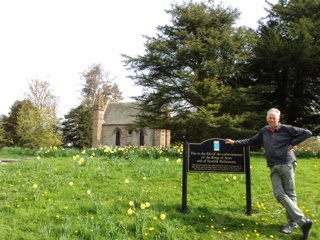 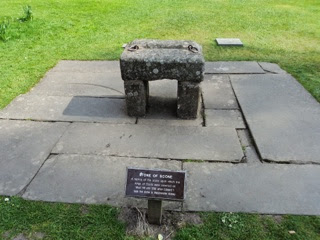 So you get the picture about Scone Palace….. Robbert the Bruce, Macbeth and Mel Gibson……sorry, William Wallace were all crowned here on the special stone. This is a fake one as we were to see the real one in Edinburgh castle and now the Mansfields laying claim to the whole place.
Onwards and upwards towards St Andrews…….Mr X, please take over…….well, what an extraordinary place. Fancy being at the home of golf and you, as a visitor, can walk straight across the fairways to the pavilion whilst people are actually playing golf. And not only that, but one guy had his dog pulling his golf buggy along! This would never happen at Medway. Just ask Bill Clinton. 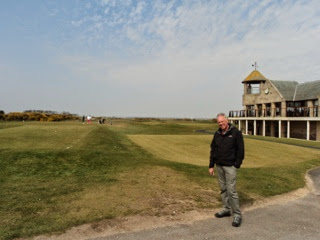 Mr X looking for another rock! 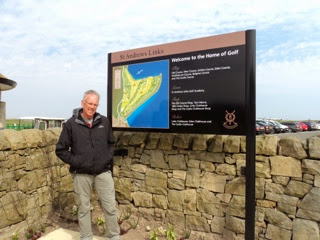 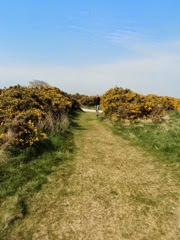 Heaps of people playing. Surface not as good as Melbourne’s sand belt courses. There were five courses interweaving everywhere, as well as an 18-hole putting course. I could only imagine how hard theses courses would be to play with even the slightest mount of wind. Ms X and I had lunch overlooking the course. One of us at least could sense the history of the place! The intrepid travellers couldn’t resist heading down to the beach, site of the filming of ‘Chariots of Fire’ 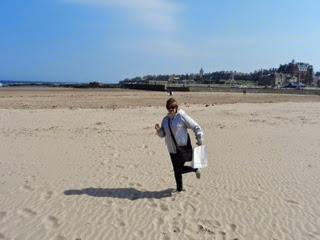 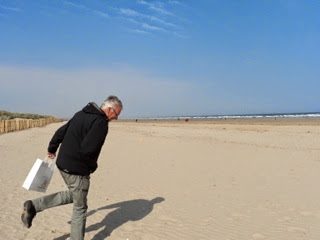 That’s all Mr X’s shopping purchases from the Golf Pro Shop that they are holding!
The day finished off with a surprise visit to ….. 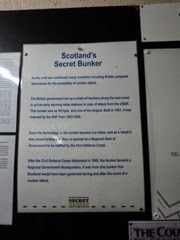 And this was built for the COLD WAR, Ms X’s favourite! 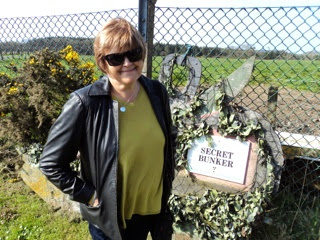 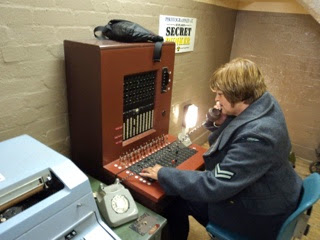 What a top Mata Hari she would have made!

One thought on “St Andrews, the HOME OF GOLF, Scone Palace and some espionage.”