Mr X is a keen ‘winging it’ kinda person. Let’s just drive and discover is his  motto. Ms X on the other hand likes some organisation (that must surprise those who know her) and enjoys having a sense of purpose towards a destination. Sligo ticked a few boxes in the end as for Ms X it was in the general direction needed to be taken for the Cliffs of Mohr.

The drive to Sligo included…. 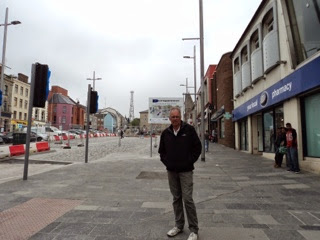 …a moffee stop in Dungannon, 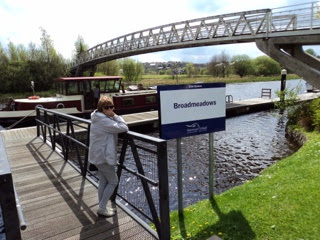 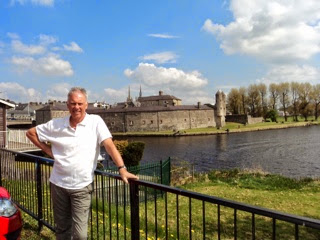 a stretch of the legs in Enniskillen, at the Broadmeadows docks, 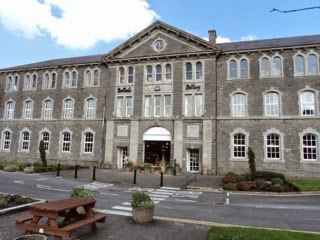 a visit to Belleek, the home of Irish Pottery where even Clinton, Charlie and Tiger had been recently. 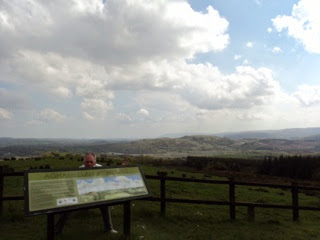 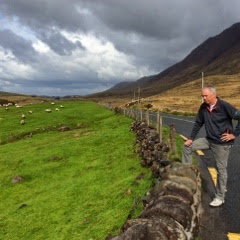 and lots of lovely scenery.
Outside Sligo was Easkey, the ancestral home of the O’Dowd clan. Mr X was in his element examining one of the 10 remaining O’Dowd castle- ruins. 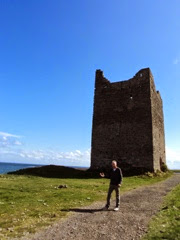 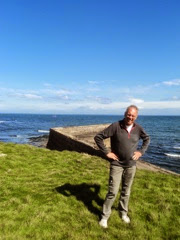 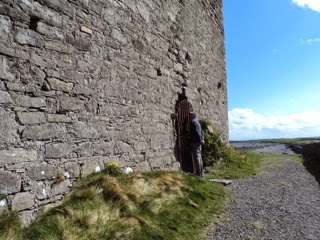 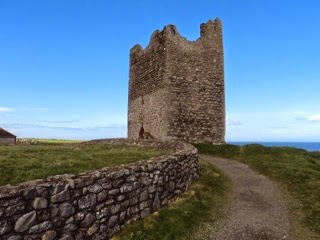 Ms X enjoyed the local surrounds where the film ‘Calvary’ had been shot as the pair had just seen this movie whilst in Edinburgh.
One night in the pub in Sligo, some local Sligonians engaged the travellers in conversation, telling them they had to take  ‘The Green Road’ after they had passed Eastey.They told them they couldn’t miss it. They did!  They also told them they had to go to Clarenbridge after they passed Galway to make sure they had a bowl of the famous Seafood Chowder at the famous ‘Paddy Burkes. That landmark they found. However it was just after noon and Paddy’s seemed to be closed with no sign of life.
So they waited 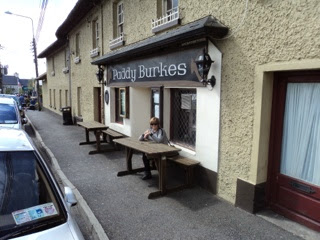 and waited. Across the road, Mass had just finished and the congregation started coming out. Mr X predicted that many would head to the pub and he was right……. Seamus seemed to be following his usual path from Sunday Mass to Paddy Burke’s pub however he too, found the door locked. He then asked our travellers why the door was locked and of course they were no help so he soldiered on up the street. After a while the two were about to throw in the towel and continue on their journey when Ms X suggested walking around the side to see if there was another door. There was and they entered only to find many locals already sharing some Guinness and craic, including their friend Seamus!!!! Thanks for your assistance with that…..seems the old Paddy Burke had forgotten to unlock his front door this morning.

The renowned chowder was eaten and the verdict?  The Sligo chowder was much, much better. This one far too creamy and they need to put Seamus on the payroll to open the front door. 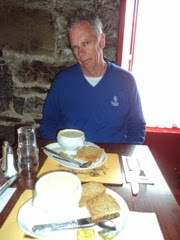 Back on the road to Galway with lots of lovely little towns visited along the way. 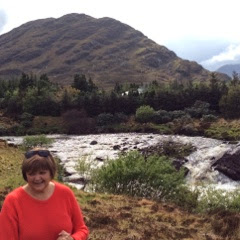 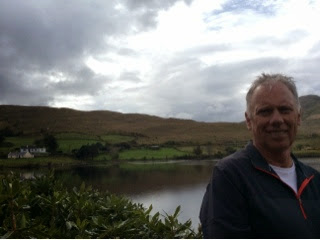 Their entry into Galway was through the back way  through Salthill. Fantastic. So so picturesque. 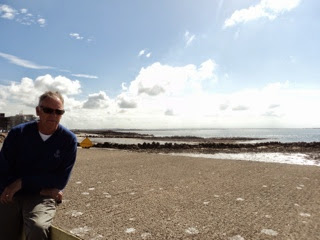 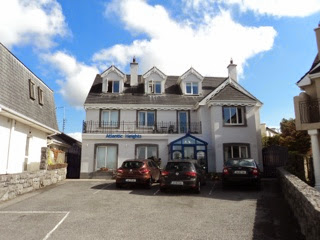 And their little B&B B overlooking Galway Bay just made it perfect. They had many options for dinner that night but Mr X spied a century old golf club up the street that overlooked the water and that was where they did an ‘uncle gorden’ and enjoyed a great meal.

The Galway Bay promenade reminded them of Beaconsfield Parade where everyone enjoys the surprising emergence of the sun. The next morning it was full of families, couples, joggers, dogs but surprisingly no roller bladders or skateboarders. The other thing that the Brightons and Southamptons could take a lesson from their neighbours across the water is the placement of their amusement parks. In Galway they keep the pier for all things things oceanic. And our travellers appreciated that. A top place to visit if you are in Ireland.

One thought on “Sligo to Galway and in between.”