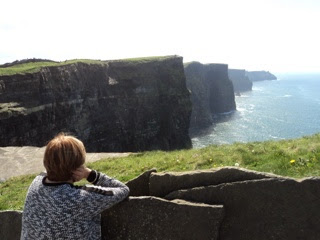 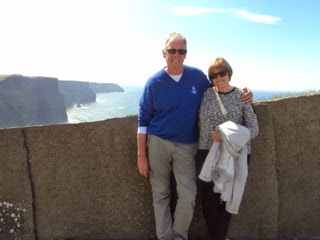 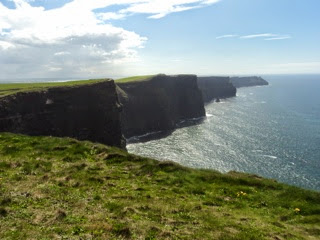 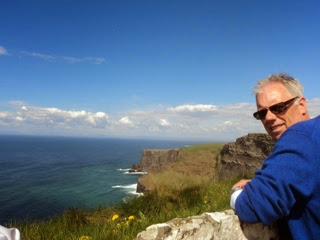 No other words left to describe it other than magical.

When one is winging it, one has to be open to talking and listening to the locals.

Madeline from Galway:
‘Where are you off to now?’
‘Why would you be going there?’
‘Have you thought of going this way and stopping at the little historical town of Adare?’
That is the advantage of  ‘winging it’
Our travellers had been planning on going to Limerick. It sounded lovely. It sounded Irish. How were they to know that folk in other towns called it STAB CITY. So that is how they ended up in a little town called Adare. On the recommendation of Madeline, the B&B owner in Galway, Mr and Ms sidled into the town quite late after visiting the cliffs.
There wasn’t a lot on of accommodation on offer ( of course the Adare Manor was their back up plan!)
There was a guesthouse in which Mr X was reluctant to try but the clock was ticking by and it was either the guesthouse or drive on.  What a fantastic surprise. A gem made special by the owners, Eileen and Denis her husband. 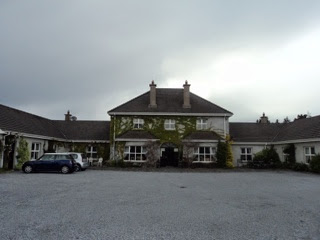 Eileen and Denis’ guesthouse.
Dinner at Sean Collins place that night gave further recommendations.
Sean:
‘Where are you off to now?’
‘Why would you be going there?’
‘Have you thought of stopping in Adare an additional night, driving down to the Dingle peninsular for the day and then coming back to my pub again tomorrow night to hear some Irish music?’
So that is how the travellers ended up staying an additional night in the Adare Country House with Eileen and Denis.
The next morning Denis and Eileen couldn’t help themselves from giving advice on the route to take to the Dingle Peninsular. 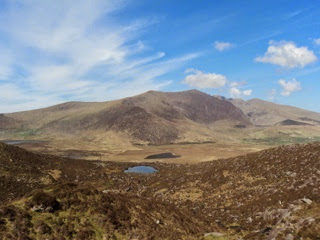 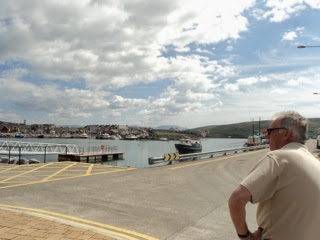 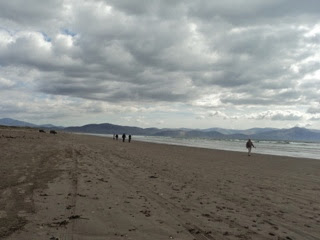 Denis and Eileen:
‘Where are you off to now?’
‘Why would you be going there?’
‘Have you thought of taking the right fork in the road and driving through the Connor Pass?’
You guessed it,
They did. 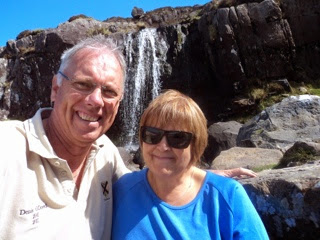 And they went back to Sean’s pub to eat and to listen to some music. 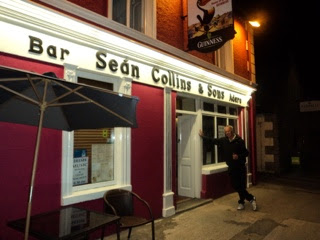 Me thinks that Galway Madeline, Adare’s Denis and Eileen and the publican Sean are all in cahoots.
And they did drop into the very exclusive Adare Manor to tell them they had found somewhere better to stay! 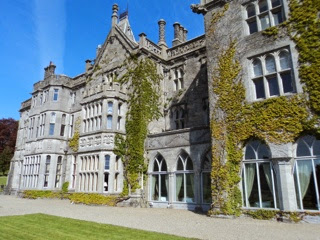