The contrasts between the other bigger city in Ireland, Belfast, stood out straight away. Dublin seemed to be a bit more sorted, grown up and doin’ ok. There were less and less boarded up businesses and shops and the ‘for sale’ signs were not as apparent. 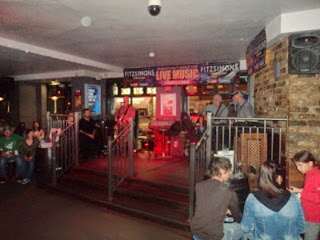 and even on buses where Mr X  was even seen to be clapping along to the ‘The Gypsy Rover!’ 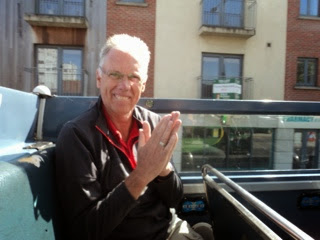 Their history told of the famine and the Easter Rebellion of 1916 and the lasting effects that these two events still have on their day to day life. They lost 3 million during the famine (1 million died and 2 million left) and the population has never recovered since. Even last night’s news on TV still spoke about the challenges of increasing the population as election promises in upcoming elections. 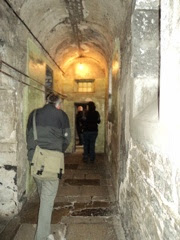 The Kilmainham Gaol where many political prisoners were held. 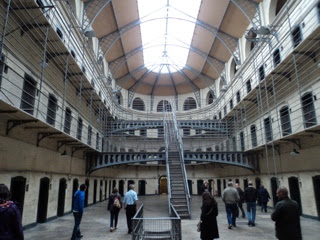 The many statues that inhabit the Dublin streets attest to the high esteem held for the Easter Rebels and those who followed in the struggle for independence. Their is an US and WE culture apparent in Dublin.

Dublin is also proud of its contribution to culture. James Joyce, George Bernard Shaw and Oscar Wilde are celebrated through the town 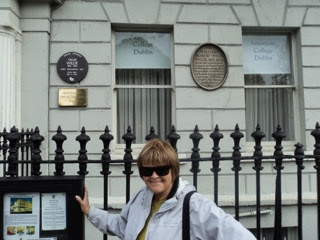 and much is made of theatre, film and music with even a U2 graffiti wall down in the docklands area.
Confusion reigned over which cathedral belonged to which denomination, tricking many with the central ‘St Patrick’s Cathedral’ being Anglican. St Patrick sure got around. Everyone  wants to claim him throughout Ireland 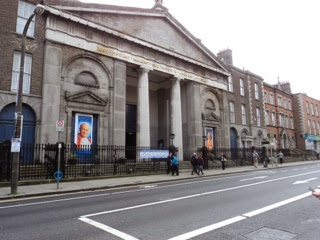 The Catholics on the other hand are now claiming the two recent saint- additions with banners flying proudly. Not sure what the connections with Ireland were, but the newspapers and TV news sure connected some strange dots! 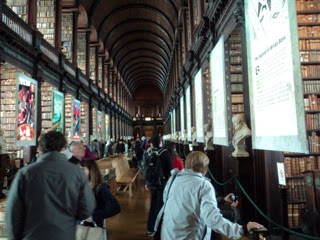 The ‘Book of Kells’ , the beautifully crafted manuscript containing the four Gospels of the New Testament was recommended by a fellow traveller and our tourists ticked that off the list as well. The Trinity College library in which it is housed entertained Mr X with more Vikings stories. 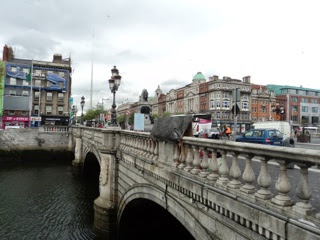 Walking and exploring the city also gave insights into drinking, smoking and fighting that are part of the fabric of Dubliners ( said without judgement as Aussies can’t talk)
Mr X witnessed a fight/ arguement and in no time a crime scene was taped off by police.
In another incident, Ms X also had her mouth open wide when she heard a young woman say to a policeman when asked about some details as he was trying to sort out a disturbance ” what’s it to you?” The police officer quickly responded with some 4 letter words to her which actually made her understand! 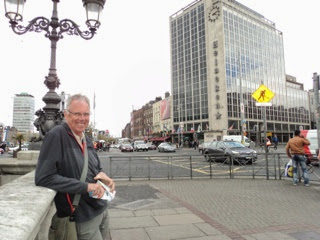 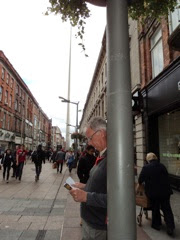 Ms X had her feet up one day as she bravely gave Mr X map- reading duties in Dublin. Relax, it was only for one day!
Our tourists didn’t get to see old Molly Malone this time in Dublin’s fair city as her statue was being moved to make room for tram tracks. Maybe next time.