Back in 1984 we visited Pearl Harbour and the Arizona monument. A lot has changed since then. Now there is a Bridge connecting the Arizona Monument, there is a submarine to investigate, a larger museum to tour and now the USS MISSOURI to explore.

It was agreed that the Missouri would get a nod on this trip. It’s history was inviting to both our travellers. On this ship, WW2 ended. The surrender by the Japanese was signed and witnessed by all the allies. Mr X did his usual crowing about how he could have been in the navy and sailed during that time and Ms X did her usual, telling him how she could have made a great spy and shortened the war. The fact is Mr X demonstrated he would have flunked the physical as he bumped his head on every overhead beam. HE would have been too tall!! Ms X continues to forget the number of the hotel room she is staying in let alone the code on the door. They really are a pair of dreamers.
Interesting things to see on the USS MISSOURI (or big Mo to the inner circle)
The spot where CHER filmed her famous ‘if I could turn back time’ music video on board with all the sailors at the time- yep, that’s the level Ms X operates at. The important stuff. 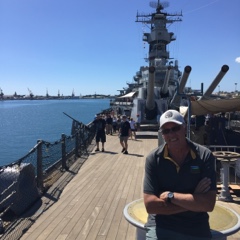 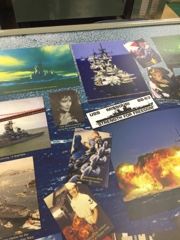 The surrender documents (interesting that the documents for the Japanese to sign were all in English, with no translations) 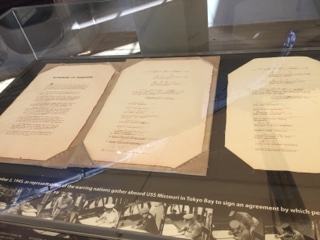 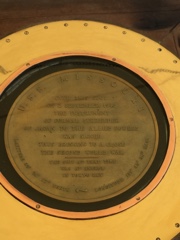 Ms X was happy to pose here away from the guns- she loves a good WW2 romance novel! 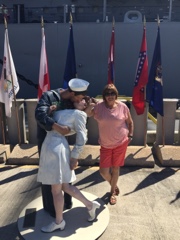 Mr X dreaming about what could have  been if he was only shorter. 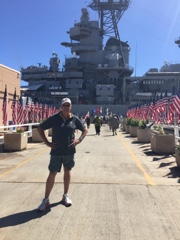